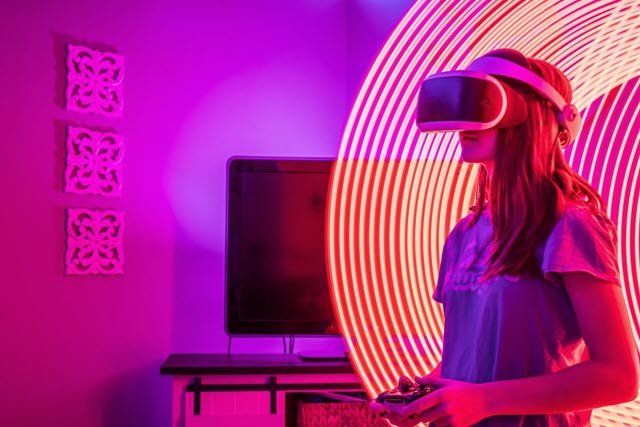 STEM (Science, Technology, Engineering, Mathematics) education is being pushed more and more every year. However, STEM can be very intimidating and involves a lot of advanced terminologies that go way over children’s heads. STEM is a dedicated curriculum focused on developing the workforce to be as diverse and skilled as possible upon graduation.
The lessons in a STEM curriculum exist to mentor students on real-world applications of the various scientific, technical, engineering, and mathematical skills they pick up. Therefore, it’s vital to make these complicated lessons fun for the children. STEM, despite its complexity, can be very fun and creative, primarily through some award-winning courses and projects.

One of the most fun and effective ways to incorporate all four of STEM’s acronyms is through robotics. Robotics includes many engineering and technical skills learning right into its curriculum. Additionally, robotics is one of the best ways kids can learn to code because they see immediate results from their code satisfyingly.
Plus, robots are just cool. Few things in the world can spark a child’s imagination more than a robot they helped create. Such stuff as LEGO robotics, Arduino drones, and even 3D printed robots such as the SMARS robot are available on the market to play around with and learn.

Nothing gets the educational brain palace going for the more scientifically inclined than some good old-fashioned experiments. There are a ton of DIY science experiments that you can perform with stuff from your drawers or toolboxes. They’re likely available in the average grocery store or pharmacy if they aren’t available.
Real-life experiments show kids the wondrous world of science and how much it surrounds us every day. Learning how these fantastical things are connected with each other through actual scientific concepts is integral to getting kids interested in scientific fields. There are so many experiments that you can try with a child that it’s only a matter of time before a subject has them fascinated.

Video games are the future of education, and some of the more traditional adults out there might be shocked by that fact. Aren’t video games the cause of kids procrastinating or getting distracted from their studies? That may be true in some cases, but video games are a tool like anything else. Instead of denying children their video games, integrate them into the STEM curriculum by using the most popular educational games for kids.

Games such as Roblox and Minecraft: Education Edition offer great ways for kids to interact dynamically with their lessons. Virtual classrooms have a novelty that takes a long time to wear off, and it keeps kids’ imaginations running wild when they’re staring at a fun cartoon version of their teacher in the game instead of a boring whiteboard. Not to mention, it’s not just video games that can teach STEM lessons, but developing the games themselves.

Kids are imaginative, and one way to get them interested in STEM is by asking them what they want to be in the future. Do they want to be doctors? Learning biology and anatomy is a fantastic way to get started. Do they want to become video game makers? That means a whole lot of coding and project management. Want to build robots? You’ll need a background in engineering and computer science to make your own WALL-E a reality. The greater their exposure to the myriad possibilities in their youth, the greater their choices in the future. Explore the possibilities!
Kids think about their future more than you’d think. Many successful people in the STEM fields say, “I’ve always wanted to be [insert awesome job title here] ever since I was a kid.” Their dreams were not only validated but supported by the people around them for the most part. Even when they aren’t, they are exposed to so many good STEM opportunities that they can’t help but succeed. This should be the environment you develop for kids.

As mentioned above, many successful people in STEM have always dreamed of their jobs ever since their childhoods. Now, you can use their stories to motivate the next generation. But unfortunately, some children might not want to pursue a career due to fears of not being good enough or that it won’t be a safe career path.
By showing children that successful people in STEM have always wanted to do their dream jobs since they were kids, they’ll be more motivated to take their studies seriously and be inspired by the same course that their idols did. After all, knowing that someone has walked the same path you did is one of the best motivations because you know that someone else has made it. Why couldn’t you?