Roblox: A Unique Education and Gaming Opportunity—But is it Safe?

Roblox is excellent for teaching children STEM concepts, but grave dangers exist that can have negative consequences if parents aren’t careful to monitor the way children play the game.

The main issues parents have with Roblox are:

However, there are parental controls and a strong support network from the moderators of this amateur game-creation platform. Benefits outweigh the hazards with proper use, and children can learn real-world skills for the future.

It can be hard to know who is who on the platform, and parents are right to be wary of internet risks in the modern tech environment. Roblox designers understand this and have initiated protective measures. We’ll briefly explore the issues and the safety solutions for those issues.

Imagine a playground made digital. If you’re a parent who grew up on gaming, one way to help get an idea of the potential for Roblox is to look at games like TimeSplitters, or Tony Hawk’s Pro Skater 2. While TimeSplitters definitely isn’t a children’s game, it and Tony Hawk’s Pro Skater 2 allowed players to create in-game “maps” or “levels” and then play them. If you’re unfamiliar with those games, here’s a list of several that offer the same features you might be aware of.

Roblox takes this concept a step further, allowing players to use tools that have been specifically engineered for easy game creation. Chief among these is “Lua,” which is basically like Java or Python but designed so even children under the age of 13 can understand and make good use of it. Imagine digital “blocks” that can be used for guild games, and you’ve got a good idea of how Roblox works at the core level. The big difference between its and nineties games is the internet aspect of Roblox, which allows for interaction with children from around the world, older players, and potentially unscrupulous individuals.

Roblox is in constant flux, as over 150,000,000 monthly users worldwide are constantly playing new games often created by young minds. As explored in the introduction, some of those games can get wildly popular, even resulting in children being able to “write their own ticket” in terms of resources. A popular monetized game can potentially produce a seven-figure income, though keep in mind that most users won’t find that level of success. Still, the potential is there.

What Roblox Design Means for Parents

Rating games made by users is not easy, as the content is generated without oversight, and it constantly changes. Parental controls which exist in the game become a must. Though you’ll find an “E 10+” rating in the USA, or a PEG17 rating in the UK, these ratings don’t reflect interactions children may have with other users on the web. This is one reason parental controls within the game exist. You can download the game for your children and turn on those controls to prevent activities inappropriate for children under the age of 13.

There are three main things to watch out for: inappropriate social interactions, financial risks, and exposure to improper activities for children, chief among them being the loss of innocence and the potential for violence.

The “economics” of Roblox

Because the game has features that allow players to build a variety of “avatars,” monetization of those features exists in the game. You need to be sure you don’t let your children have financial access to your bank for the acquisition of accessories. This is a significant component of the game’s economic “engine,” if you will. Hence, you definitely need to understand this, anticipate the issue, and assure your child doesn’t end up depleting your bank account incidentally. Children don’t tend to understand money in anything more than an abstract sense. They know mom and dad have it, and they don’t. Indeed, they learn as they mature, but the younger the child, the greater the potential they’ll spend your money without any regard for how it impacts you, given a chance. With Roblox, there is a potential for such things to happen if you have financial accounts synced to smartphones, tablets, or other devices on which they play the game. Parental controls can help mitigate this danger, as can careful parenting. You need to know how purchases are made within the game to either totally restrict the potential for such purchases or carefully monitor your child’s spending, keeping them within a “budget,” if you will.

Money buys Robux; Robux buys game features, but Robux can be earned in-game, so you need not necessarily provide your children with any gaming money. It’s up to you. If you look on the top-right of the screen, you’ll see an “R$” icon, and you can “load” real money into the game with a limit for your child’s play. Many things can be done with in-game money, but they’re all digital. The game can still be played without any money at all. Savvy players can make games that allow them to charge between 25 and 1,000 “Robux”, Roblox’s digital money, to play or enhance a game. This means motivated children can make their own “Robux” even if you don’t “load” their account.

Next, inappropriate social interactions need to be addressed. Some children who play this game have no “filter” and may engage in profanity-laced conversation with regularity. There are also older children and adults prone to such inappropriate social interaction. Imagine a ten-year-old conversing with a group of irreverent teenagers, and you start to get the picture. This is why parental controls in Roblox can allow you to totally restrict social interaction. However, youngsters may not get a complete game experience that way. What might make sense is restrictions that are gradually reduced over time as the child matures.

Possibility of Exposure to Inappropriate Behavior

Lastly, there are real predators online who may specifically target young ones for abuse sexually or violently and entice them with things like Robux. They’ll play the digital Pied Piper on you if you’re not careful, and the results can be devastating. Now: totally abridging social interactions can keep your child from danger here. The problem is that often such predators target very young teens, who tend to have more freedom on digital platforms. As you ease your child’s restrictions in the game, you’ll need to monitor their interactions more carefully to ensure they’re safe. There’s also a threat of violence from other players, though this tends to be less of an issue with games like Roblox than with some sort of violent game played primarily by young males. In any event, Here’s a step-by-step guide from Roblox on how to lock children out of certain features of the game, which could lead to social interaction with unapproved persons, either those of the irreverent teenage variety or more dangerous online predators.

Even if you set age limitations in the game to “13 and under”, there is still user-generated content that can be violent. It’s cartoonish video game violence with characters that look like jazzed-up “Lego” figurines, but it’s violence nonetheless, and there can be profanity. So be aware your child may have access to certain free games that are inappropriate.

While you can moderate social media interaction and spending, you can’t anticipate the creation of free games that may be violent, even if that violence is cartoony in nature. There is an “approved games list,” You can restrict player access to that list only.

Also, additional features in parental controls allow you to thoroughly monitor what your child does on Roblox, allowing you to identify and address activities you don’t want your child to engage in. Accordingly, you can keep them away from certain games. If they find a way around your restrictions, monitoring allows you to identify the “workaround” or “loophole,” patch it up, and effect whatever reproval you deem necessary with your child.

Roblox has no age limitations, but it’s a popular game with most players between 5 and 10 years of age. Each player has a 200-person “friend” limit. You need to monitor the use and put on controls so players’ social interactions don’t involve any unknown individuals who may not be as they represent themselves online. The game is designed so you can do this. The main threat is that many parents don’t initiate restriction controls or use monitoring features. Provided that you do these things, your child can stay relatively safe on the game, and they won’t even realize you’re watching over their shoulder from another device the whole time.

Any multiplayer game in the modern world will involve players who use expletives and say inappropriate things. That’s just the reality of the contemporary world. There will always be some “spicy” teenager or unexpected Russian player with about ten expletives they use almost exclusively in any online multiplayer event. Parental controls and monitoring help keep children too young for such experiences safe. Also, establish a policy whereby children can only play Roblox in a supervised environment: don’t let them hide under the covers with a tablet or something. As they get older, you can change the rules as it suits you; the key is not letting youngsters get behind closed doors and talk to unknown persons on the internet.

While some users have created games designed for “adult” experiences, monitoring helps you keep your child away from such games. Also, the platform itself is designed for younger users, and moderators are consistently stamping out instances of such games as they crop up.
The three main concerns are profanity, games with sexual content, and scams designed to deplete your bank account. Parental controls and monitoring cover all three issues, but you’ve just got to be proactive and check in on what your children are doing now and again.
For very young children, “restricted mode” will keep anyone from talking to them who you don’t know. You can also limit games to a pre-approved list. As you expand your child’s freedom, you can monitor what they do and how they do it. Also, active parenting in such gaming environments can help prevent identity theft or financial compromise. Player safety concerns have cropped up with Roblox regarding data theft, but as of May 2021, most of those concerns have been addressed; provided you exercise general common sense in online use of the game, you shouldn’t have any issues. Exercise financial controls, and be savvy about what you can restrict.

Things to Take Away

Yes, Roblox can be safe for “all ages,” provided parents take the time to take the proper precautions. Yes, real dangers emanate from three main areas: financial complications, unknown users, and cybersecurity. However, cybersecurity issues have been patched, and parental controls cover the other issues.

The only real danger is if you just let your child download such an app on any old device and use it unsupervised. Provided proper supervision exists, children have the potential to learn and grow using apps like Roblox and in a way that furthers their understanding of Science, Technology, Engineering, and Mathematics directly.

So is Roblox worth it? For many parents, the answer is a resounding “yes.” 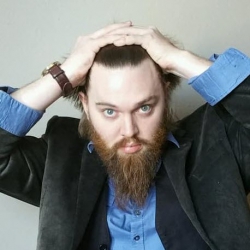 Kevin Bennett
Kevin Bennett is a published author and entertainer who works as a musician and performance artist. He published two books, "Amphibian" and "The Thief and the Sacrifice". Recently he released a musical single through all major streaming platforms, "Keep Moving On Up", and he was on 2018's season of America's Got Talent as "French Accent". He lives in South Dakota with his cat, and regularly travels the country writing articles and doing shows.